How to improve on the Megola

Yesterday I wrote a post on the Megola Sport, a German motorcycle made between 1921 and 1925. In 1935, five German engineers attempted to design a more streamlined and modified version of the Megola. After three years, the Killinger and Freund was the result. 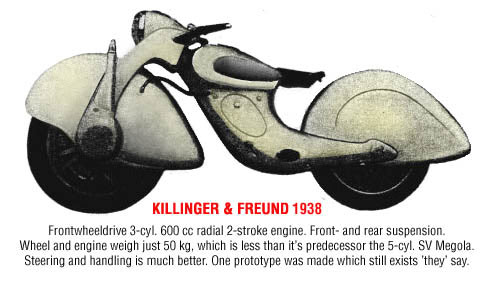 The motorcycle featured a three cylinder two-stroke engine built right into the front wheel. Aerodynamics was a priority for the team – they wanted all moving parts covered, the bike to have dirt and mud protection, and an elegant style to boot. Total weight came in at 297 lbs.

The design was intended for civilian production but the start of World War 2 canceled those plans. One motorcycle was found by the U.S. Army in the Spring of 1945 at a German base but it is unknown if this was the original prototype or another Killinger and Freund motorcycle. The engine was built right in to the front wheel. 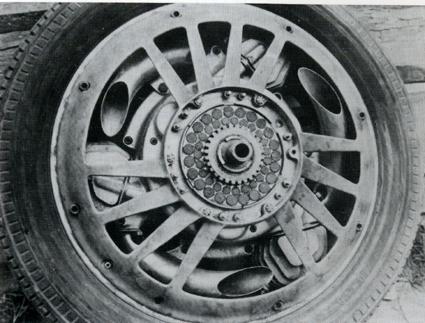 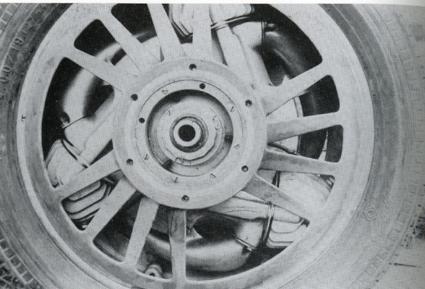 Apparently only one bike was made. They say it is still out there somewhere…

The weirdest, most unique motorcycles I’ve come across …

A collection of some of the most uniquely designed motorcycles out there ...

The stunning 1922 Megola Sport - a five cylinder, 640cc radial engine with no gears and no clutch. Oh yeah, and the engine was mounted within the front...